As we all know the brain is the important organ in our body which controls and monitors other organs but it is also a greedy one. It takes up at least 30% of blood pumped by the heart. Because to keep running incessantly, it requires more energy than you can imagine.

The brain keeps working even when you are sleeping. So, the demand is justifiable. The brain holds the different parts of it for different motor and cognitive functions. Any blockage caused by a tumor in one particular part can affect part of your body which is controlled by the brain.

The brain generates nerve cells continuously since birth. In fact, during pregnancy, neurons are developed at a rate of 200000 per minute. But when new cells add up even when the existing cells are still not dead, you may observer brain tumor symptoms.

What is Brain Tumor?

The tumor is basically a swelling on a part of a body. It is caused by abnormal growth of cells or tissue. The same tumor if occurred in inside your skull, it is termed as a brain tumor.

Since the brain is encapsulated in a rigid skull, the effects and signs of brain tumor are different and can cause serious problems. The accumulation or collection of mass can create pressure inside your skull and if not treated may result in life-threatening scenarios.

Brain tumors are classified as Low grade and High Grade.

Primary level of brain tumor starts in the brain by brain cells, nerve cells or glands. They tend to stay within the brain until they grow larger.

The secondary brain tumor is a type which occurs in other parts of the body like thyroid, lung or breast and slowly spreads to the brain. This is the most common brain tumor type.

Benign brain tumors grow at a slow pace. They do not have cancerous cells but depending on the location where they are in the brain, they can be life-threatening. Also, they can be removed easily. They do not spread to surrounding tissues but can create pressure at one place which causes problems.

Malignant brain tumors grow very rapidly and they have cancer cells. They invade other tissues in the brain but do not spread to the tissues beyond the brain and spinal cord.

The signs of brain tumor really depend on the location of the tumor. As our brain segregate parts of it for different actions, the mass accumulation of cells in one particular location can affect parts like limb (if the tumor is present on the part which controls your arm).

The following symptoms may be observed in people having a brain tumor. Some may not experience the below symptoms even having the tumor as brain tumor is so specific on the location of impact. However, below are the most common brain tumor symptoms one should look out for 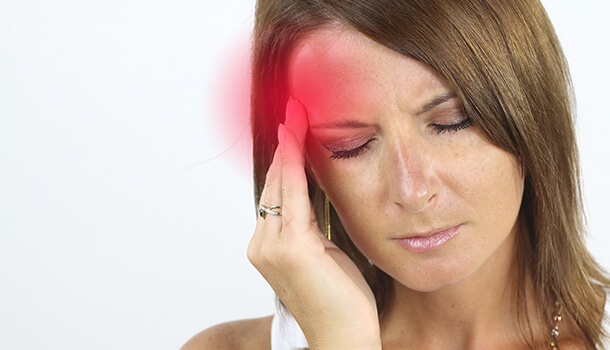 It is the most common and early symptoms of brain tumor. But do not mistake with headaches caused by stress or pollution. You need to confirm with pattern caused by the tumor and with other symptoms.

Brain tumor headache will be severe while waking up in the morning.

It will get worse with a cough and sneezing.

Ache when you exercise or with any physical activity.

A seizure occurs when a sudden burst of electrical impulses go out of brain beyond normal limits. The pressure created by tumor makes the neurons fire uncontrollably which results in abnormal movements. So, next time your body makes an involuntary movement, watch out! 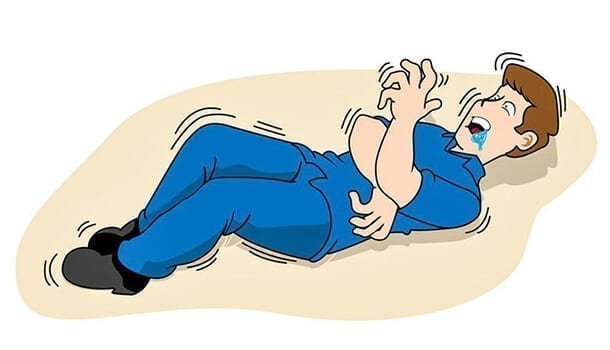 Different types of seizures include Myoclonic and Tonic-Clonic. Myoclonic causes sudden jerks and spasms. Tonic-Clonic results in loss of controlling bodily movements. You may lose consciousness, smell and sense. 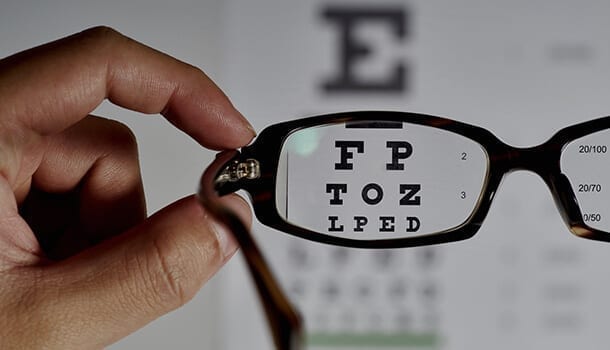 Blurry vision is one of the alarming brain tumor symptoms you need to pay attention. In fact, it will get your attention no matter for obvious reasons. You may also see what called as “Aura” which are floating spots or figures. 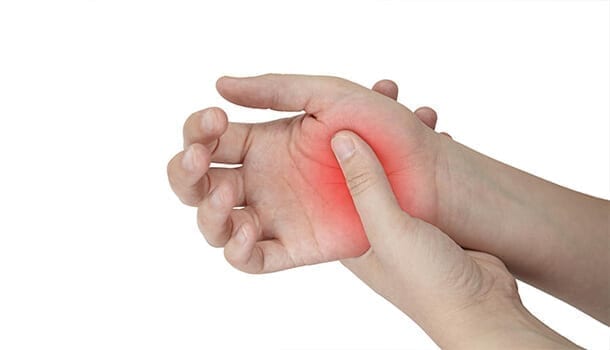 If you have problems speaking, swallowing and balancing while walking, it is a sign of trouble. Also, numbness or not feeling the sense of particular part of your body is also something you need to look out for.

This usually occurs because of the blocking of connection between brain and spinal cord.

Other general brain tumor symptoms include

If you are having serious concerns facing these symptoms consult a doctor for professional supervision before coming to any conclusions. Based on the intensity of the symptoms and duration of its persistence doctor can provide a detailed course of action to be taken.

Considering the secondary brain tumor type which can spread through other parts of the body to the brain, it can be considered as one of the common causes. But the major causes of brain and spinal cord tumors are not fully understood.

The brain usually generates cells continuously as per its duty. The new cells should replace the dead cells. Genes make sure that this process happens and these are called tumor suppressor genes. But the existing cells do not die and results in the accumulation.

Genes acquired during inheritance can also lead to brain cancer. Also, people undergoing gene changes also see brain tumor symptoms. Most brain cancer tumors are not caused due to the inherited syndrome but of gene changes, the reason for which is still not clearly understood.

Various studies and Numerous doctors have found risk factors linked to brain tumors. Other than factors mentioned below, any lifestyle adoption or environmental factors are directly linked to brain cancer.

Medication taken to suppress the immune system may cause brain cancer. This is known as immunosuppression. This should be taken only under the supervision of professional environment and in controlled amount and condition.

Radiation: If you are exposed to ionizing radiation the risk of acquiring brain tumor is high. Frequent X-rays and scanning under big machines might expose your body to radiation which is not a treat to grey matter inside your skull.

Head injury: Serious head injury and trauma have been linked to brain tumor causes. The disorientation of the cells in the brain may cause accumulation of mass in one part of the brain resulting in the tumor formation.

The treatment options vary depending on the various factors like size of the tumor, its pressure points, possible side effects and patients overall health. Treatments can also be provided for brain tumor symptoms.

It is a challenging task to treat cancer as a thorough study should be made on patients health condition and possible effects it can have on the brain. It is also important to make that neural connection between brain and spinal cord is not compromised.

Research in last 20 years has helped significantly in treating the brain tumor by targeting the affected area. Depending on the tumor types the treatments are varied as below

It is a process of removal of the tumor along with healthy tissue surrounding the tumor. For a low-grade tumor, it is the first and suggested treatment which can give positive and promising results.

The neurosurgeon has to perform the surgery by following a procedure called Craniotomy. It is a process of removing a part of the skull to perform an action on the tumor. The critical nature of the surgery depends on the location of the tumor in the brain.

If the tumor is present at the brain speech point, it is important is awake during the surgery. also if the size of the tumor is big, surgery is used to take a sample of it to analyze and decided the further course of the action like the possibility of other treatments.

There are also cases where the surgeon may call off the surgery if the tumor is inoperable as it may be near the vital part of the brain.

Radiation Therapy is a process of passing high energy x-rays into the tumor to kill the cancerous cells. It can also be used to stop the growth of cells. Radiation therapy is considered typically after the surgery or along with chemotherapy

External beam radiation is the common type of Radiation Therapy which can direct to tumor precisely and more diligently.

Short-term side effects are fatigue, hair loss, and nausea. But these effects fade away once the treatment is finished. If the healthy tissue received the radiation, long-term side effects can be hormonal problems and difficulty in performing complex activities. 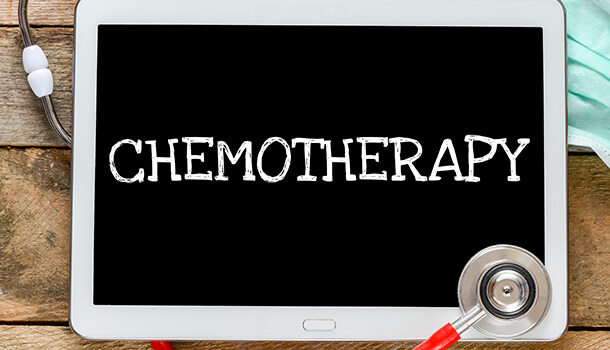 Chemotherapy is a process of using drugs to kill the tumor cells. It is basically done to destroy cancer cells after the surgery. It can be effective in reducing the brain tumor symptoms or slow the growth of the tumor.

The common way of giving chemotherapy is through capsules (orally) or intravenous injection through a needle into a vein. Drugs get into the bloodstream to reach the tumor part of the brain and attack. The harmful side effect of chemotherapy is that it can kill healthy cells also.

However, with careful clinical supervision and maintaining sterile environment once can go through chemotherapy treatment.

So, the research on brain tumor side effects is paramount. But creating awareness on brain tumor can help people identify the signs of brain cancer in early stages so that maximum positive result can achieve during treatment.

In 2017, nearly 80000 brain tumor cases are reported in the United States. Depending on the tumor location it has a significant impact on the cognitive functions of a body. The disheartening reality is that brain cancer has long-lasting side effects on a person’s psychological well-being and overall body function.

Children facing learning difficulties may also be a brain tumor symptom. A child may have a short attention span and poor memory as a sign of brain cancer. However, consulting a doctor will give a benefit of the doubt as there are other reasons for which a child faces the issue.

It is important you give support to your child in this stressful and anxious period of their life. With correct diagnosis child’s brain, health condition can be significantly improved.

One thing we can by observing the different aspects of brain tumor is that it is not caused by anybody’s negligence or faults. Candidly speaking, the brain tumor causes are still a blank paper in research material.