Who can be affected by gestational diabetes?

How does your diabetes affect your child?

Foods to be included for gestational diabetes treatment

Does exercise work for gestational diabetes?

Gestation is usually a scientific term that is used to describe the women who are pregnant and if a pregnant woman supposedly develops diabetes during pregnancy, she is known to be suffering from gestational diabetes.

This particular hormone called insulin controls and maintains the levels of glucose (which is a type of sugar) in the blood. The cells in our body essentially need to absorb this glucose to maintain required energy levels.

When a person is suffering from diabetes, the cells present in his or her body may not be capable of absorbing glucose, because of the insufficient production of this hormone called insulin. It is the responsibility of pancreas to produce insulin hormone in required amounts.

During pregnancy, the wall of your uterus develops a structure called placenta, which is the main organ through which oxygen and nutrients are supplied to your baby for its healthy development.  The same organ placenta helps in purifying your baby’s blood by eliminating various toxic substances from it.

This condition of not being able to produce required amounts of insulin during pregnancy is known as insulin resistance. Because of insufficient production of insulin hormone, glucose (sugars) does not get converted into energy and hence gets stored in the bloodstream leading to a condition called gestational diabetes or hypoglycaemia during pregnancy.

You may be perfectly normal, devoid of any health complication and your body may be releasing insulin in required levels until you are pregnant, but pregnancy may suddenly make you susceptible to gestational diabetes just because, your hormones may inhibit your insulin production.

You should ensure that you take up insulin only in required amounts and not more than what your doctor has prescribed you as this may cause severe side effects.

Who Can Be Affected By Gestational Diabetes?

You can check with the following reasons to know, the prime reason behind your development of gestational diabetes. However, if you expecting a baby, and if you are in your early stages of pregnancy, make sure that you do not let any of the below-mentioned factors land you up in a condition called gestational diabetes.

The answer that you obtain is known as your body mass index and this should not be more than thirty.

2)    If you have previously given birth to a baby, he/she should not weigh more than five kilograms.

4)    If a health issue of diabetes runs in your family, that is if either your parents or grandparents have diabetes.

Though it is known that, there are no such serious warning signs of gestational diabetes, you must be vigilant and take up the responsibility of undergoing proper medical check-ups, required screenings and scanning right from the initial stages of pregnancy, without causing any negligence.

1)    Not being able to visualise things properly (poor vision)

As this disorder or the gestational diabetes symptoms may not show up by itself, you must visit your doctor and have frequent check-ups to know your condition

Gestational diabetes is a kind of disorder that is temporary in mother because it can disappear soon after the baby has been delivered, but it can leave you in distress forever because it affects the child whom you are giving birth to.

Gestational diabetes may result in the birth of children suffering from macrosomia. Macrosomia is the condition where a new-born weighs more than eight pounds or the one which is significantly called a fat baby.

Babies who are born from the mother who has suffered from gestational diabetes may be at a higher risk of being affected with type-2 diabetes after reaching adulthood.

How Does Your Diabetes Affect Your Child?

When you suffer from diabetes during pregnancy, excess amounts of glucose present in your body can get accumulated in your baby’s blood. To process this extra sugar, your body needs to produce more insulin. If insulin gets produced in excess amounts, two severe complications may occur in your child

Excess amounts of sugar can get accumulated in your baby’s blood leading to obesity,

The baby may develop a condition of low levels of sugar in the blood which is known as hypoglycaemia.

Your child may also develop breathing problems after being delivered

You may experience a premature birth, that is, the child may get delivered several weeks before the date of delivery.

Motherhood is not only a blessing bestowed by God to women, but also a complication, as it involves proper care and nursing. A healthy growth of the baby is dependent only upon the proper nourishment and diet that the mother follows.

But you need not worry anymore because, including foods mentioned in this article is going to help you in controlling gestational diabetes, thereby helping you give birth to a normal baby.

Your dietician or nutritionist may suggest you a proper diet if you have consulted them on how to treat gestational diabetes, but you can follow some of these home remedies to prevent curb and control the problem at early stages.

Stay Away From Sugars 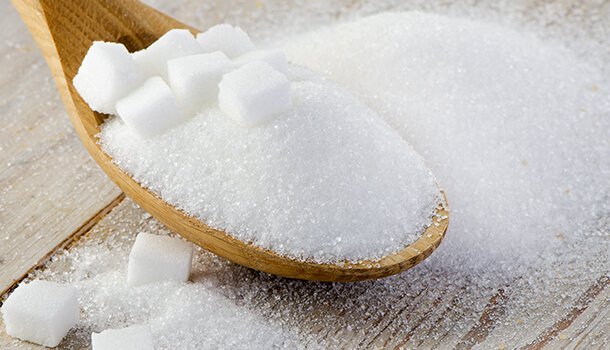 Since diabetes is an alarming indication that your blood contains excess amounts of sugars, you should consider cutting down majorly on sugary foods that can worsen the condition of diabetes. Try staying away from the following foods and beverages. 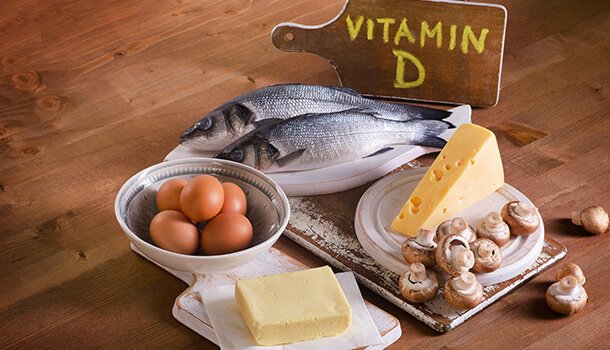 Although there are many ways through which you can absorb vitamin D from foods as a major source, the most natural way to gain Vitamin D is to obtain it directly through sunlight.

Make sure that you spend some quality time of early mornings in the sunlight so that you gain enough amounts of Vitamin D.

Apart from this, you can opt for the following foods that are rich sources of Vitamin D

Since you are asked to cut down on sugars, the best foods that you can have breakfast are dairy products. Milk, apart from being an excellent source of Vitamin D, also helps in providing calcium and required amounts of proteins to your body.

Ensure that you consume milk that is devoid of fat, to avoid further complications. 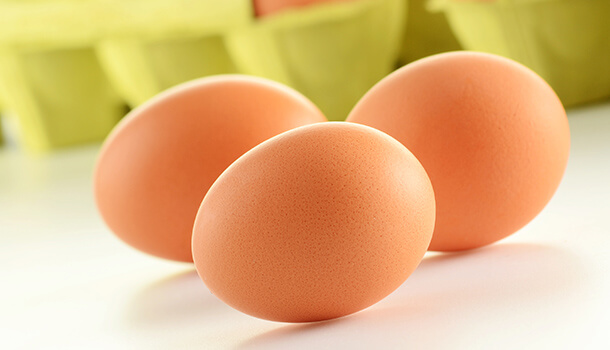 Eggs apart from being a good source of vitamin D, also contain Vitamin B6, Vitamin B12, Iron and selenium. You can easily include eggs in your daily breakfast, but you have to make sure that you consume completely cooked eggs, as raw eggs can cause bacteria to enter into your body. 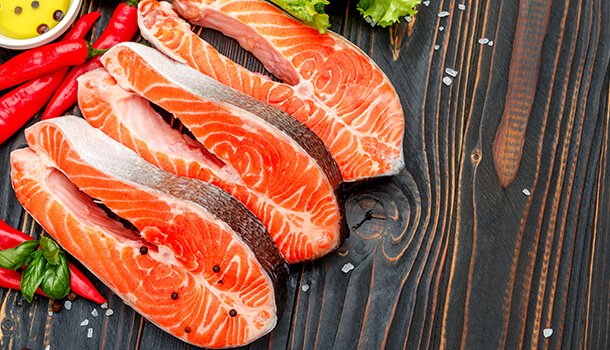 It is perfectly healthy for a pregnant woman to consume fish, as fish is enriched with omega-3 fatty acids, iodine, magnesium, potassium, zinc, and iron. You can consume fish, twice in a week to acquire required amounts of Vitamin D. For a much better and healthy diet, you can consume Salmon, Shrimps, Tunas, and cods. 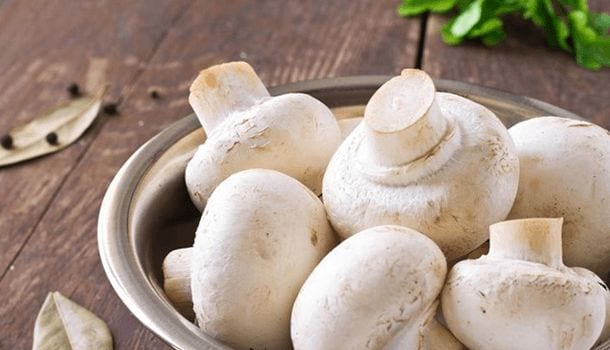 Mushrooms are a good source of vitamin D, and the most edible and popularly consumed varieties of mushrooms include white button mushrooms, shitake mushrooms, oyster mushroom, portabella mushroom and beech mushroom. They aid in providing the baby with good muscle and nerve development.

If you have been wondering about what astragalus is, you must definitely know about this medicinal herb which has immense healing properties. There are around two thousand varied species of Astragalus roots, out of which, only two species are used for medicinal purposes.

Out of all the possible home remedies for gestational diabetes treatment, astragalus is sad to have the strongest impact. Apart from this, astragalus has the following benefits

2)    Helps in boosting the immune system

3)    Prohibits the growth of tumours

How Does Astragalus Help In Gestational Diabetes Treatment?

Consume Foods That Are Rich In Vitamin C

It has been proven from the experiments that, more the concentration of ascorbic acid in the plasma of blood, lesser is the chance of being affected with gestational diabetes. Consuming required amounts of Vitamin C in your gestational diabetes diet can help in boosting your immune system, keeping you away from different kinds of illness and diseases.

The quantity of vitamin C that has to be consumed by a pregnant woman on an average per day is 85 milligrams.

You can include the following foods in your diet, that provide you with abundant amounts of Vitamin C 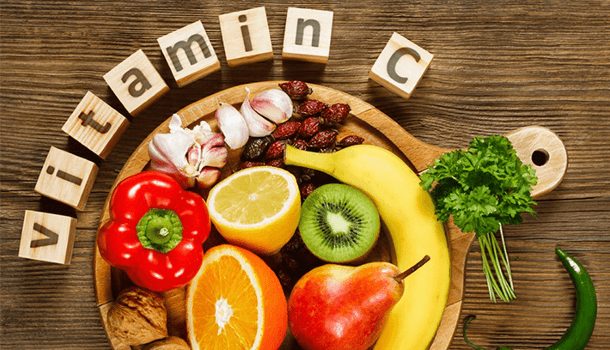 Does exercise work for gestational diabetes? 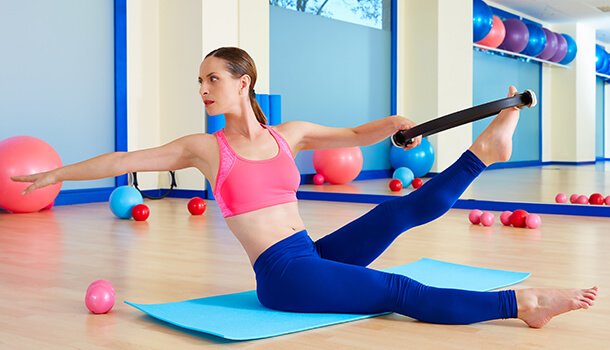 It is suggestable to walk and move around more when you are expecting a baby, as it is good for both you and your baby, but you are not supposed to stretch and work out more often, as your pregnancy is interlinked with diabetes.

Not brisk walking in particular, but a slow moderate walking is recommended for gestational diabetes treatment, more precisely after every meal as it helps in lowering the blood sugar levels.

A simple walk for about forty to forty-five minutes is all you have to do as a part of gestational diabetes treatment.

Sai Sudha Chintapalli is a certified health blogger, who has an experience of above 2 years in the field of writing with an authorized certificate in the area of Introduction to food and health from Stanford University.
She has a special interest in life sciences, human psychology and fitness which drove her to make blogging turn passion to profession. She has conducted a survey on Malnutrition in children in a slum area at Hyderabad and studied about the adulteration in Food items as the part of her projects while pursuing her bachelor's degree in Life Sciences.
Being an introvert, writer, empath and a nature lover, she loves Yoga and believes it to be one of the best pathways to self discovery!