Natural Cure For Lyme Disease – What Happens When a Tick Bites You Out of the Blue?

Would you believe that a single bite of a tiny organism like a tick can make you suffer from some serious symptoms that can last for a whole lifetime? Relax! Because here is everything that you need to know about the Lyme disease and the best natural cure for Lyme disease which will ease your symptoms and make you free of this illness.

An interesting fact that you should be aware of is that the so-called deer tick or the black-legged tick is so tiny; you can hardly notice it. The size of a tick can be compared to that of a mustard seed. You may not be able to sense the bite of this tick as it releases its saliva onto your skin before it stings you which can make your skin numb and senseless.

You can only recognize that you are infected with Lyme disease when you begin to experience the Lyme disease symptoms which have been mentioned below, the impact of which can be definitely reduced through a natural cure for Lyme disease.

Two Advocates Who Discovered The Tick That Causes Lyme Disease

Would you believe that an autopsy that was conducted recently on a mummy that was nearly 5000 years old revealed the presence of the bacterium called Borrelia burgdorferi which is responsible for the occurrence of Lyme disease?

The disease has acquired its name because the disease first began to prevail in an area called “Lyme” which is situated near Connecticut. Children residing in this area began to experience some serious symptoms like excessive fatigue, joint pains, facial palsy, the emergence of rashes, and a high fever.

The final credit of taking up the responsibility of making several types of research with immense patience and finally being able to find the ultimate cause of the disease goes to two advocates who couldn’t wait to know the exact reason behind the sudden onset of all the symptoms. They finally concluded by saying that the disease occurs because of a tick but couldn’t find that these ticks release the bacteria which causes Lyme disease.

Later, in the year 1980, a scientist named Willy Burgdorfer made an extensive research and was able to detect the bacterium which is actually responsible for the Lyme disease. He identified that this bacterium is being carried by an insect called deer tick which is why people are widely getting infected by this disease. Doctor Wily Burgdorfer was honoured by naming the bacterium as Borrelia burgdorferi.

Apart from this bacterium, there are three other species of bacteria which cause Lyme disease which are Borrelia mayonii, Borrelia afzelli and Borrelia garinii.

How Common Is The Disease Today?

Therefore, it is your responsibility to be vigilant about your symptoms and keep a check on any major changes that your body undergoes. If you are already infected with the disease and are looking for a serious medication, you can follow the tips mentioned here as a natural cure for Lyme disease.

Most of the cases of Lyme disease are cured in the initial stages through antibiotics, but if the disease is neglected, the symptoms may worsen and it may result in some serious complications such as severe heart-related problems, problems associated with the nervous system and severe joint pains or arthritis.

How To Know Whether You Are Infected With Lyme Disease?

Lyme Disease Is Most Often Confused With The Following Disorders

You never know when a tick can cause a huge chaos in your health life. But don’t worry, you are said to be infected with the disease only when the tick that has bitten you is the carrier of the bacterium named Borrelia burgdorferi.

You can check with the following Lyme disease symptoms and confirm it by yourself whether you have been infected with the Lyme disease.

Lyme disease has been categorised into three different stages and each stage of the disease is characterised by the kind of symptoms that each stage shows.

Stage One Or Early Localised Disease Resembled By “Bullseye”

This is the initial stage of Lyme disease which can be identified by the emergence of a red coloured rash in the infected area of the body. The rash is similar to that of an eye of the bull. The appearance of the rash indicates that that the bacterium has begun to multiply in the bloodstream.

People with a much fairer skin tone can easily recognize the rash on their skin whereas the rash appears like a bruise in those people with a dark skin tone. There is an immediate need for you to consult your doctor soon after you witness a red rash that resembles a bullseye.

You can follow a natural cure for Lyme disease mentioned below to prevent the condition from worsening.

Stage three can also be cured by opting for various methods of natural cure for Lyme disease which have been mentioned in the article.

Symptoms of Lyme disease can often make you feel restless and completely uneasy. You can definitely obtain a relief from the Lyme disease symptoms if you follow these simple home remedies.

The best natural cure for Lyme disease and the most effective Lyme disease treatment lies in following some remedies that will help in healing your symptoms and simultaneously taking preventive measures to avoid the further consequences of the disease like protecting your heart health, your nervous system and your muscles strength.

If you have been wondering about how to treat Lyme disease, following these home remedies will have a definite positive impact in reducing your symptoms and suffering.

Herbs And Spices To Reduce The Inflammation

A tick-borne disease is very well associated with an immediate inflammation that does not easily go away. Herbs and spices are the best ingredients that will help in reducing the inflammation and heal you from inside.

You have to make sure that you include the following herbs and spices in your diet to get rid of the swelling that has been caused because of the tick bite.

Make a list of these spices and herbs and ensure these are included in your diet more frequently.

The most common symptom that the people infected with Lyme disease face is joint pains. To reduce the impact of joint pains and obtain a permanent relief, you can include various types of vitamin D rich foods that will relieve you from the joint pains. In fact, you can use sunlight as the best natural source of obtaining vitamin D.

Foods To Be Included For A Good Heart Health

Dizziness, fainting, chest pain are the symptoms of Lyme carditis which can be prevented by consuming the following foods.

Vegetables For A Good And Healthy Heart 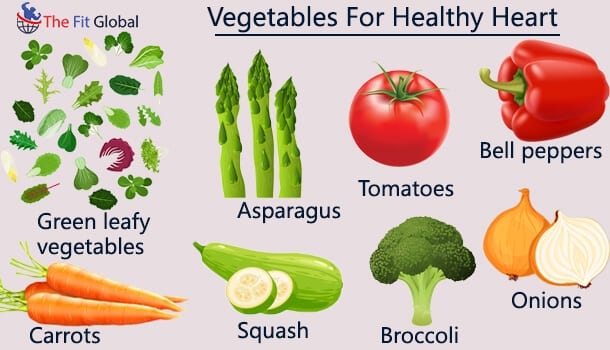 Nuts And Seeds For A Healthy Heart 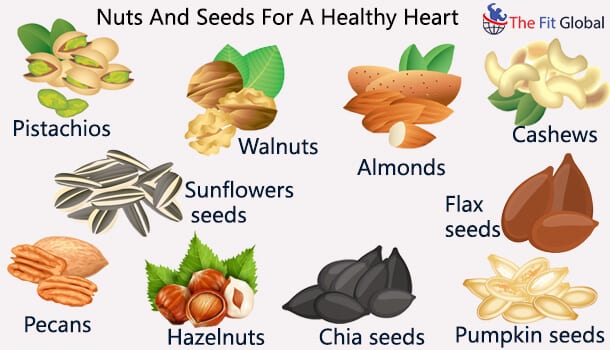 Fresh Smoothies And Beverages To Keep You Hydrated

Since Lyme disease is associated with symptoms like dizziness and fatigue, you can include different kinds of fruit smoothies and beverages that will help you stay hydrated and keep you up with the required levels of energy.

Make sure that you include a smoothie made up of these ingredients at any time in a day as a part of Lyme disease natural treatment to keep yourself active, energised and alive. 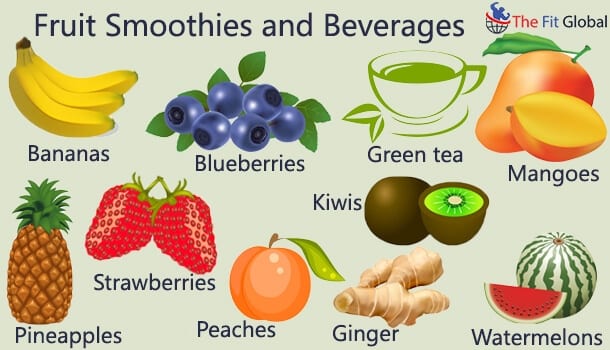 Foods That Boost Your Immunity

Lyme disease can cause huge variations in your immune system and the person can be subjected to a high fever which decreases his resistance power. Also, the disease can relapse once the patient has undergone the treatment for the disease. Therefore, you must include the following foods that can boost your immunity and improve your resistance. 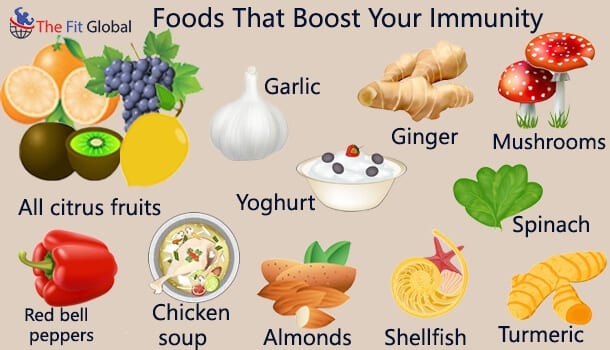 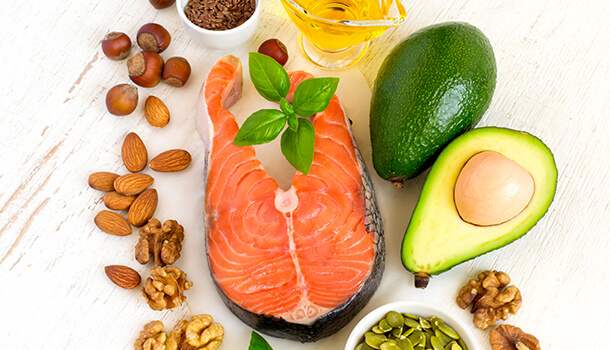 Make sure that you include the following foods in your diet that are rich in omega-3 fatty acids.

Turmeric is one such ingredient that entails multi-beneficial properties like anti-microbial, anti-inflammatory, and antioxidant properties.

While Lyme disease treatment involves the supply of antibodies to treat the disease, turmeric can work as a natural antibiotic which is why it works as the best remedy for the natural cure for Lyme disease.

The next time you drizzle turmeric into your recipes, make sure you increase the quantity of turmeric so that the turmeric intake is increased.

You can, in fact, consume turmeric along with the required quantities of milk twice in a week to reduce your joint pains, reduce the inflammation, protect your nervous system and heal yourself internally. 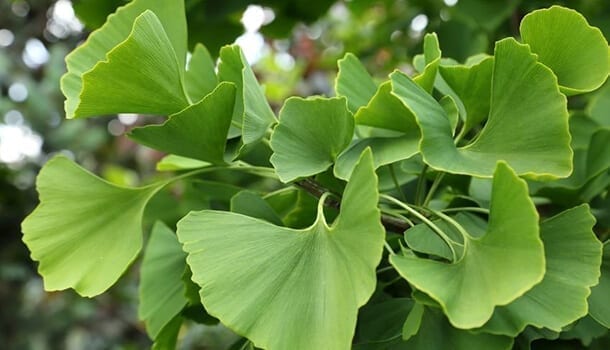 Gingko biloba is easily available at the retail stores and it is the best recommended medicinal herb especially as a natural cure for Lyme disease. You must keep a check on the daily dosage of this herb.

Sai Sudha Chintapalli is a certified health blogger, who has an experience of above 2 years in the field of writing with an authorized certificate in the area of Introduction to food and health from Stanford University.
She has a special interest in life sciences, human psychology and fitness which drove her to make blogging turn passion to profession. She has conducted a survey on Malnutrition in children in a slum area at Hyderabad and studied about the adulteration in Food items as the part of her projects while pursuing her bachelor's degree in Life Sciences.
Being an introvert, writer, empath and a nature lover, she loves Yoga and believes it to be one of the best pathways to self discovery!