Anxiety Symptoms and Signs – Leave Aside All Fallacies About Anxiety

Almost everyone on the planet tends to feel anxious now and then. Feeling anxious about something is considered to be a very common phenomenon and you must not worry about the same unless and until it starts to bother you and turns into a disease called ‘anxiety disorder’. People generally feel nervous during a number of situations of their lives, however, anxiety disorder is something which gives them the similar feeling and affects their mental stability abnormally. Various anxiety symptoms help you to figure out whether you are suffering from this disorder or not.

If anxiety symptoms have been coined out in the body, a person is believed to be suffering from anxiety disorders. Anxiety disorders refer to a group of mental illnesses as well as distress which drives you away from the mental stability of the overall functioning of your brain.

The people who suffer from the problem of anxiety disorder experience worry as well as fear constantly and hence both these factors serve as the major anxiety symptoms in people. These symptoms could be bothersome for them, however with a good treatment, the same could be managed and the people suffering from anxiety disorders could go back to a normal lifestyle.

Anxiety is referred to as a state of apprehension and uneasiness regarding all the future uncertainties of life. Anxiety is also considered as a state of uncertainty, fear and apprehension that results from the assumption of a fantasized or a realistic event or situation which is threatening or bothersome to the mind.

The occurrence of anxiety takes place when a person acts or thinks in a manner which is apprehensive to the sanity of his own mind. With this particular thing in mind, anxiety couldn’t be considered to be a force or a thing in itself, it is a state of restlessness and uneasiness which results when we are too worried or fearful about something.

Imagining a future has never been so easy for all of us and we tend to think about it in an apprehensive manner. Thus, anxiety cannot be associated with the chemical, biological or genetic problem with our brain, it is, in fact, a result of a certain type of behavior that we tend to behave.

Anxiety is a common phenomenon, however the same turns into a disorder when the anxiety, as well as all its sensations and anxiety symptoms, intrude with our normal lifestyle and habits.

Anxiety should not be considered as a medical condition or any serious mental illness. This is because the term ‘mental illness’ is used to refer to a problem which makes the person behave in an abnormal manner. If you are diagnosed to be having an anxiety disorder, this means that you are entertaining an overly anxious behavior and showing some anxious tendencies. It doesn’t mean that you are medically, chemically or biologically wrong or mentally deficient.

Anxiety disorders could be categorized into following major types:

Under this kind of disorder, you feel terror which strikes you at random intervals. During a panic attack, you may begin to feel heavy on to the chest, experience sweat on the skin and may also feel strong or irregular heartbeats. You may also feel to be choking or having a heart attack.

Social anxiety is also called as a social phobia which is experienced when you become very conscious and worried about the social situations of your daily routine. You always feel fearful about socializing and think that people will start judging or hating you. This is one of the most common anxiety symptoms of this disorder.

You experience a great fear of any particular situation or object like the fear of heights or fear of flying. This fear that you experience reach beyond its appropriate standards and thus cause you to ward off the ordinary situations of life.

Under this kind of anxiety disorder, you start feeling uncalled for tension which is serious and excessive without any solid reason.

So far, researchers haven’t accumulated a solid reason for what brings the problem of anxiety disorders in the people. Just like any other form of mental illness, the anxiety disorder rise from a combination of various things which include the frequent changes in your brain as well as environmental stress. Some studies also claim that even your genes cause the problem of anxiety in you. This disorder could run into the families and could also be linked to the wrongful circuits in your brain which are concerned with controlling the fear and other emotions.

What are the symptoms and signs of anxiety?

Anxiety symptoms or anxiety attack symptoms have been divided into various categories, and according to all these symptoms, type of anxiety you are suffering from is diagnosed. Following are the different types of anxiety symptoms.

Symptoms of anxiety or panic attacks:

Anxiety Symptoms which are not a sign of anxiety:

Apart from this, anxiety is often co-existed with various other health issues and conditions that include the problem of diabetes, multiple sclerosis, HIV/AIDS, Hepatitis C as well as Rheumatoid arthritis.

Researchers aren’t so sure why the conditions like these or anxiety occur together. However, many studies suggest that the stress while dealing these chronic diseases could be a reason that equally contributes to the problem of anxiety and various other anxiety disorders.

Some researchers also have a view that the stress hormone called cortisol contributes to the problem of anxiety and the same is associated with the relation of anxiety with all the above listed chronic diseases in the human body. Whenever you become stressed or anxious, you induce a bout of cortisol. It is also claimed that a longing presence of this hormone can damage various parts of your brain which help the memory to process and function.

These anxiety symptoms vary from one person to another. However, in all these cases it is very important for you to see your doctor if you face any kind of changes in your mood or your health. If these changes start to bother you for a long time, your visit to a doctor is compulsory. Your doctor could help you in the determination of the medical condition or the disorder experienced by you and might give you the possible assistance of the same.

If you have been suffering from three or more of the anxiety symptoms listed above, it should be the time for you to fix an appointment with your doctor. Your doctor will examine you and would also ask for your entire medical history. Your doctor may also suggest you get various tests done in order to rule out all kinds of medical illnesses suffered by you. No lab test could particularly diagnose anxiety disorders in you.

If your doctor does not figure out any medical reason about how you are feeling, he/she may also suggest you for an appointment with the psychiatrist, psychologist or any other health specialist dealing in mental health. These doctors will flood with a number of questions in front of you and would also make the use of various tools and testing in order to coin out whether you are suffering from an anxiety disorder or not.

Here is how going to your doctor will help you out if you suffer from the anxiety symptoms:

When to consult a doctor?

Your anxiety is a serious medical problem to you isn’t very easy to figure out. This is because even a bad day might cause you to feel frustrated, upset or worried. Also, without a good treatment, your anxiety isn’t going to vanish, and the same could worsen your mental stability over a certain period of time.

Anxiety treatment or the treatment of other mental health disorders has become easy. You must visit your doctor if:

How to control anxiety?

The treatment for anxiety and anxiety symptoms are many, ranging from the natural remedies for anxiety to various medical treatments regarding anxiety remedies. Most of the people suffering from this problem try one of these remedies or therapies:

A number of antidepressants are believed to be keeping the problem of anxiety at bay. These medications include escitalopram and fluoxetine. Various anticonvulsant medicines, as well as low-dose antipsychotic drugs, could also be added in order to make these treatments work even better. Anxiolytics are another series of medication which helps to lower down the level of anxiety.

Psychotherapy is a kind of counselling which helps to address the emotional response of a person to his problem of mental illness. You can take the help of a mental health specialist in order to treat your problem of anxiety using this therapy. A cognitive behavioral therapy teaches you to nail out your thought patterns and to further change them if they trigger the problem of anxiety in you. 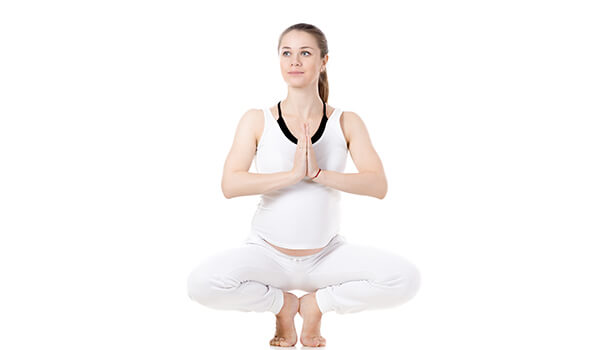 Yoga or meditation is considered to be one of the best natural remedies for anxiety as the same helps to keep your mind in the most peaceful state. Thus, if you are suffering from the problem of anxiety or are experiencing frequent panic attacks, a yoga or meditation session for thirty minutes a day is recommended. Working out at the gym is also helpful in fighting with the mental stress.

Managing the symptoms of anxiety:

Here is how you can manage all the symptoms of anxiety to keep yourself healthy and happy:

Anxiety isn’t a problem, however not talking about its causes, signs and symptoms definitely is. Thus, it is always suggested to discuss the issues with your friends, family, colleague and doctor in order to keep your problem of anxiety at bay.