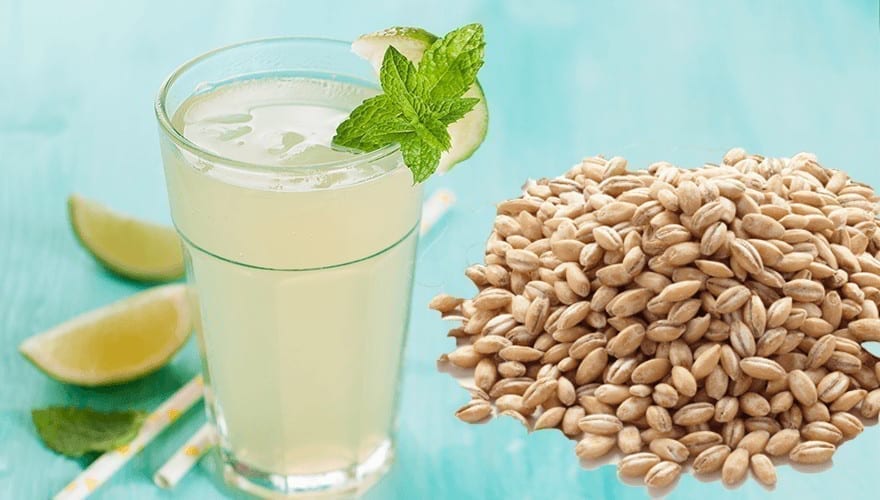 Barley is a grass family member and currently a major cereal. Although foods like oats and wheat have predominantly ruled the cereal world for a long time, Barley has quietly been making its way to the top place as well. Most people would be familiar with barley as it is used to make beer. However, beer is not the only beverage that is made using barley.

Barley water is a traditional drink which is consumed all over the world. Drinking water added with boiled grains has been an ancient practice. Often, seeds are also eaten with water without straining. Throughout the medieval times, barley water has consumed for the various health benefits it provides.

Among many ailments that are believed to be treated with barley water, kidney stones happen to be one of them. Curing urinary tract infections and digestive problem are some of the barley water benefits.

What are Kidney Stones?

Kidney stones disease is a condition where a solid piece occurs in the urinary tract. Kidney stones are crystalline solid pieces that are typically formed in the kidney. Small sized stones usually pass out of the body through the urinary system. However, if the size is too large, it might result in the blockage of the urinary tract. This condition leads to pain in the abdomen and thus requires medical assistance as the urine is prevented from being passed out properly.

Although kidney stones are caused due to increased levels of minerals, this increase in minerals can be caused by many factors:

Symptoms and cure for kidney stones:

The symptoms that are commonly felt by a kidney stones patient are;

Barley water has a high content of minerals, anti-oxidants, and phytochemicals. These are all essentially required by the body. Along with these, barley is a good source of both soluble and insoluble fiber. Barley water provides many vitamins and minerals like selenium, vitamin B, chromium, phosphorous, magnesium, and niacin. All these properties are useful barley water benefits for kidney stones cure.

Here is the list of the benefits of barley water:

Barley water is a good diuretic. A diuretic mainly leads to increases passage of urine. Since the urine gets passes out regularly, toxins are released, and this way excess deposit of minerals is also prevented. This is how barley water benefits in preventing kidney stones from occurring in the first place.

Barley water health benefits are applicable for kidney problems as well. Barley water has a high content of mineral and vitamins which are useful in keeping the kidney healthy. The kidney needs to be healthy in order to work efficiently and to prevent any kind of health disorders from occurring.

Barley water and barley drink are high in dietary fiber. This fiber is apparently useful in decreasing the loss of calcium due to its excretion through urine.

Daily consumption of barley water benefits in building up pressure inside the urinary bladder. Due to increased pressure, the exertion of urine becomes easier and so does passing out of the already existing kidney stones.

Barley benefits you by supplying good amount of vitamin B to your body. According to some reports, Vitamin B6 is useful in the process of breaking down of calcium oxalate crystals. Thus barley water is quite useful in curing kidney

Although there are many ways to prepare this nutrient rich drink, the easiest way to prepare it has been given down. Hulled barley or Pearl barley can be used, but we need to make it a point to boil the grains properly to extract the most from these treasure troves of minerals.

Add this traditional drink to your diet if you suffer from digestive and urinary problems. Uses of barley water in this purpose are most reliable, especially if you suffer from kidney stones. However, take heed as over consumption of the drink can lead to an upset stomach. Also, this drink is good for the skin as well.

Benefits of barley water for skin are no less important. It improves the elasticity of the skin among many other things. For those who are being harassed by early wrinkles, this is a good home remedy.