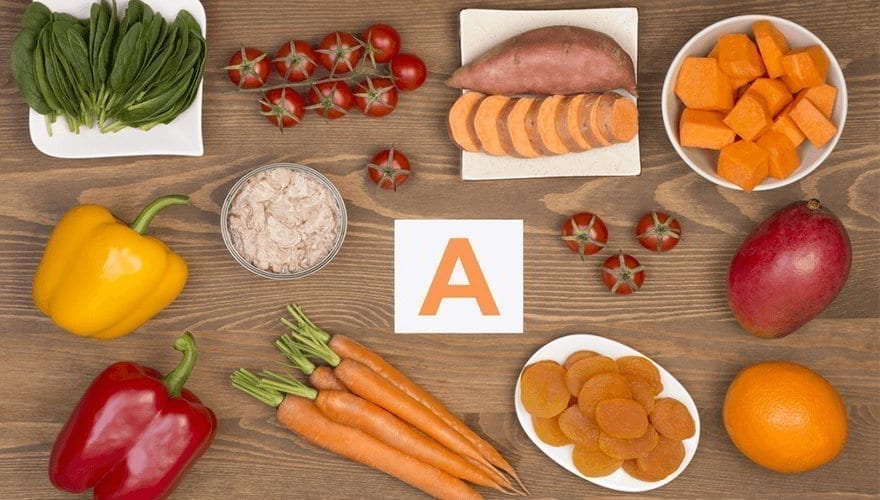 The major thing that life is expecting from you is Healthy You! You are what you eat, so eating well is your primary duty. Nutrient deficiency has now become a worldwide problem which must be given a serious thought. Beta Carotene benefits you by providing an essential nutrient vitamin A, which in turn miraculously helps skin, hair, and health. Beta Carotene is what that gives orange color to many fruits and healthy color to your life.

Many patients are asked by doctors just to ‘eat well to get well.’ Nutrient deficiency is a major problem that leads to many diseases and health issues. It is a sad fact that a lot of people underestimate the importance of nutrition and do not bother about it. But the negligence surely pays off in the long run. Beta Carotene is a provitamin, a carotenoid which counterbalances the deficiency of vitamin A in the body and helps maintain the health that God has given to us.

Beta-Carotene is converted to vitamin A (retinol) in the small intestines when ingested in the body. Excess of retinol is stored in the liver and is synthesized into vitamin A in the times of need. It is a fat-soluble and so to ensure proper absorption of it, 4-6 grams of fat should be taken to enjoy beta-carotene benefits.

The National Institute of Health recommends people to take Beta Carotene in the following quantities for the best results.

It’s recommended to consume 15000 IU of mixed carotenoids per day for adults rather than isolated beta-carotene supplements.

The basic concept of benefits is that beta-carotene is converted to Vitamin A which plays a vital role in the body by maintaining healthy mucus membranes and skin. Major beta-carotene benefits for the health are given below.

Beta Carotene and other carotenoids are powerful antioxidants which help prevent chronic disease. They protect you from free radicals that are damaging and also the primary reason for aging and degeneration. 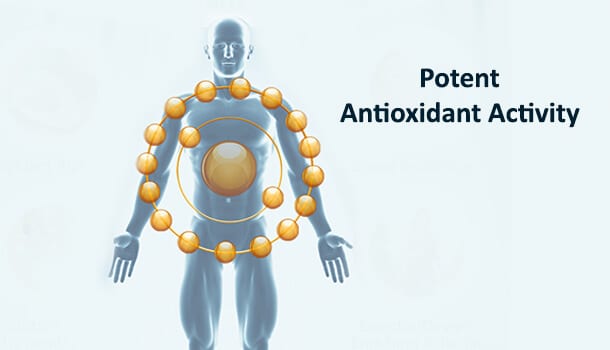 Consuming beta carotene foods will lower the level of inflammation and increase defense mechanism for oxidative stress in the body.

Studies have shown that the benefits of beta carotene can be enjoyed only when taken at dietary levels. It can cause adverse effects when taken high dosage and so it must be taken in dietary levels or levels mentioned above to keep thing under control.

It’s a scientific fact that functioning of the brain starts decreasing from a certain age. The speed of thinking goes down; memory power reduces as the age sum up. This is one of the exclusive benefits of beta carotene for the brain that slows down the cognitive decline due to age. It reduces the oxidative stress which is a key factor for cognitive decline and other brain related problems.

It’s recommended to eat foods rich in beta carotene to decrease the cognitive decline due to aging and also reduce the risk of dementia. 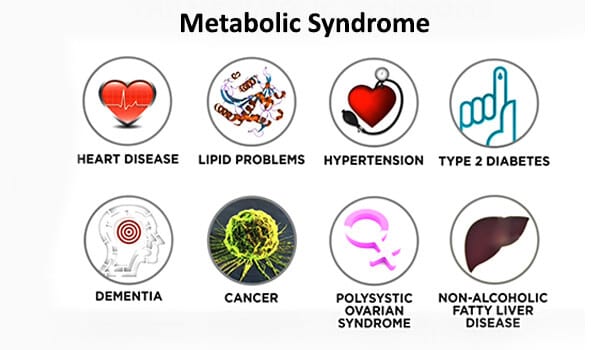 This is one of the effective beta carotene benefits that help maintain the smooth metabolism in the body. Studies prove that people who eat more carotenoids, mainly, beta-carotene are less likely to get metabolic syndrome. Metabolic syndrome is a group of risk factors and symptoms that increase the chance of heart diseases and diabetes. It also keeps body fat low and triglycerides low, a kind of blood fat, and enhances the healthiness of the blood.

Beta Carotene, the most prominent precursor (a substance from which a different substance is created) for vitamin A is well known as an immune booster. Beta Carotene benefits the immune system by stimulating a molecule to target and destroy the cancer cells.

Beta carotene increases the number of receptors on WBC (white blood cells) for a molecule called ‘major histocompatibility complex II.’ This molecule helps monocytes, a type of white blood cell, to kill the cancerous cells and decrease the chance of cancer.

Beta Carotene health benefits are effective only when taken regularly in prescribed quantities. Otherwise, it may, in turn, cause side effects. So inject it in your diet smartly not exceeding the prescribed limits.

Eating fruits and vegetables with beta carotene benefits body by improving the pulmonary and respiratory functions. It decreases the respiratory symptoms such as shortness of breath, phlegm production.

Benefits of Beta Carotene for Skin

Being a powerful antioxidant, beta-carotene is capable of protecting your skin from sun damage, improves the skin tone and anti-aging, etc. A lot of skin care products contains beta carotene in them due to which they achieve the desired properties. Now let’s look at the natural benefits of beta carotene for skin.

Another best benefits of beta carotene are it helps your skin reducing sensitivity to the sun. Beta Carotene metabolism happens in a wide variety of body parts, including the skin. It prevents the formation of UV-induced skin irritation and redness in your skin. There’s also evidence that beta-carotene can protect skin against the sunburn by enhancing the basal defense against skin damage caused due to Ultra Violet(UV) light. It also increases the effectiveness of sunscreen and protects your skin.

Studies have proven to make people who suffer from erythropoietic protoporphyria less sensitive to the sun. This disease is a rare genetic condition causes pain and liver problems due to sensitivity to the sun. This condition is treated with high doses of beta carotene in the daily diet to reduce the problem. Consume it in sufficient quantities to use beta-carotene for skin protection.

Individuals with oral leukoplakia have white lesions on their tongues or in their mouths. Studies found that people habituated to beta-carotene had fewer symptoms than those who didn’t.

Usually, oral leukoplakia is caused due to years of drinking alcohol and smoking. Beta carotene increases the chances and risk of lung cancer for smokers, so it’s not recommended for them to use. It’s one of the beta carotene side effects which can cause lung cancer in smokers. 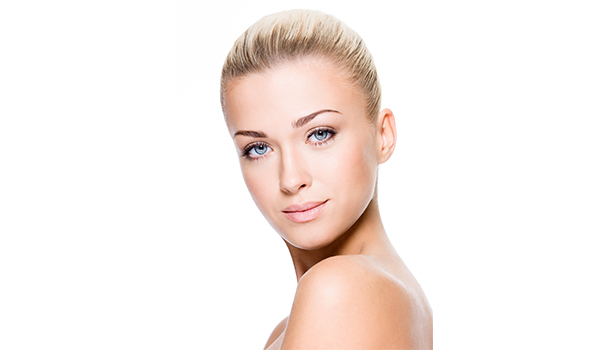 Beta Carotene prevents premature aging by reducing the oxygen damage caused by pollutions, UV light and other environmental hazards like smoking. Consume adequate levels of beta carotene to impart a natural glow to your skin and make it more beautiful and attractive. Also, it’s necessary to avoid taking in excess quantities to prevent beta carotene side effects such as soles; palms turn yellow in color.

Beta Carotene benefits your skin by treating skin conditions like dry skin, psoriasis, and eczema. Vitamin A plays a vital role in the growth and repair of body tissues and thus protect it from damage. It also helps in the treatment of boils, open ulcers impetigo and removes age spots when applied externally. It speeds up the healing of cuts, wounds, and skin lesions.

You can also use beta carotene for skin to treat a common problem in youth, Acne. Pimples form when pores on your skin become clogged with dead cells, oil, and bacteria, giving the good breeding platform for Propionibacterium acnes, bacteria responsible for blemishes. Beta Carotene stimulate cell turnover, then the same process takes place within the pores themselves, and finally slow down the oil production and keep pores clear, which results in a complete cure for pimples.

Vitamin A is necessary for our body for the cell production including hair cells. Beta carotene benefits your hair by providing vitamin A to your body and treats various hair problems. Make sure to take only in limited quantities as the excess of vitamin A can be a reason for hair loss. Major uses of beta-carotene for hair are listed below.

Hair loss and hair thinning have become a common problem due to this polluted environment. Beta Carotene fights against the hair loss and makes it stronger. It quickens the growth of hair and encourages the blood circulation in the scalp. Eat foods with beta carotene to prevent hair loss and for other beta-carotene benefits.

The dry scalp flake into dandruff when not treated properly. Lack of vitamin A can lead to the dull and dry scalp. Beta Carotene must be taken in sufficient amounts to provide vitamin A to the scalp and prevent dandruff.

Keeping in the mind of beta carotene side effects, start taking it slowly in small quantities and check for side effects. Consult your doctor if any issues arise.